Just the start of grassroots reports on rallies in Okinawa & Tokyo... 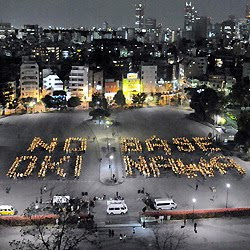 
Via  Martin Frid who attended the Tokyo vigil and helped form the first "A" in "OKINAWA" in the candle formation:


Over 90,000 in Okinawa is truly terrific for an event like this. That's a great show of strength.

SDP's Mizuho Fukushima participated at the event tonight in Tokyo in Meiji Park.

She spoke forcefully and clearly and it was good to have at least one government official there for the huge candle vigil, with candles forming letters spelling out NO BASE OKINAWA.

Lots of media were there including NTV, Asahi TV and Kyodo (in a helicopter). The Mainichi says 1,200 people participated. 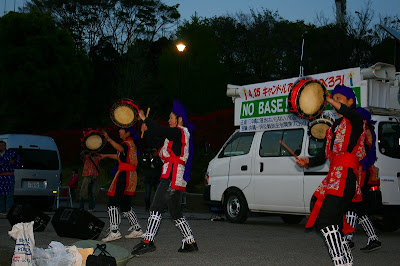 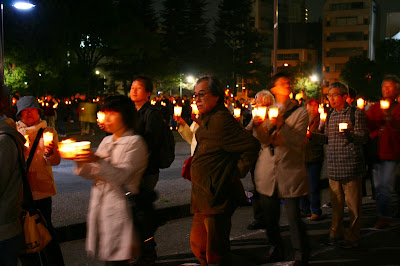