Peacemakers are gathering together at the Int. Conference For a Nuclear-Free, Peaceful, Just and Sustainable World meeting at the Riverside Church in New York City today and tomorrow.

The Hiroshima Alliance for Nuclear Weapons Abolition, Peace Philosophy Center, and Vancouver Save Article 9 is co-sponsoring "Atomic Bombings and Indiscriminate Attacks on Civilians." The moderator is Satoko Norimatsu and the panelists are John Chappell, Khder Kareem, Haruko Moritaki, Yuki Tanaka, and Marilyn B. Young.

On May 2, people are rallying for an "International Day of Action" to say to the world and the leaders who will come to the UN for the Nuclear Non-Proliferation Treaty:

• We want a Nuclear Free Future!
• Fund Human Needs, Not War!
• End the Wars in Iraq and Afghanistan!
• Protect the planet instead of destroying it with war and nuclear proliferation!

They will begin at 2:00 with a rally of speakers and performers and greetings from the international delegations. At 3:30, they will have a spirited march across town to the United Nations ending with the International Peace and Music Festival where there will be music from around the world as well as tents and tables that will provide information and organizing resources to support continuing work for a safe, nuclear-free, peaceful and just world for all! 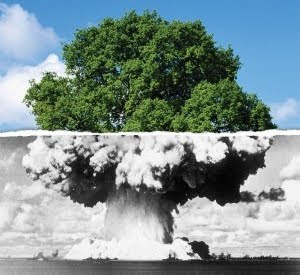