Coalition of homeless, activists, and artists rally to save Tokyo's Miyashita Park from NIKE demolition 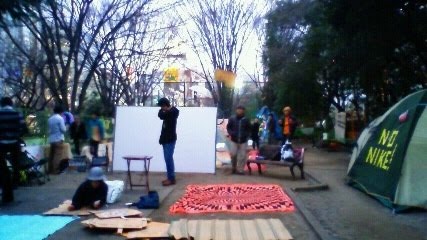 Prevent NIKE’s commercial exploitation of public land!
Together, we can stop the construction before it starts!

On March 10, 2010, the Shibuya Park Division announced that the Shibuya Ward Assembly’s Urban Environment Commission gave the green light to construction that will lead to the all-out conversion of Miyashita Park in Tokyo’s popular Shibuya district by sporting goods giant NIKE.

Miyashita Park is one of the few large public parks in the very crowded metropolitan Tokyo area. For years it has been used as a safe spot for homeless people to gather, as well as a launching ground for protest rallies and other grass-roots gatherings. Loss of this public space will seriously threaten the ability of countless homeless persons in the Shibuya area to survive, as well as prove detrimental to citizens' rights to free assembly.

According to the official governmental report, the scheduled project plan is as follows:

Under a contract signed between the mayor of Shibuya and the chairman of NIKE, the company will be responsible for paying all construction costs (estimated at approx. 4 to 5 hundred million yen, or 4.5-5.5 million US dollars), as well as an annual fee of 17 million yen (approx. 187,000 US dollars) payable to Shibuya Ward for a 10 year lease to the naming rights for Miyashita Park, which will allow NIKE to rename the (formerly) public space ‘Nike Park’. By this arrangement NIKE is being availed of, at a very low cost, an expansive swath of land located in one of the most valuable commercial districts in the world.

"Doite" in Japanese means "Get out of the way"

Since the signing of the contract in August of last year, growing numbers of local residents, park users, and concerned citizens have expressed their opposition to the plan. Thus far, organized protests have successfully resulted in the stalling of the scheduled park construction. (Coverage of the situation in late 2008 is available here.)

Despite the strength of this opposition, both Shibuya Ward and NIKE are adamant about pushing ahead with the plan. The Shibuya Ward Assembly is currently reviewing a new “Ordinance for the Administration of Sports Facilities in Miyashita Park”, along with amendments to the “Shibuya Ward Public Parks Ordinance” in order to give full legitimacy to the creation of ‘Nike Park’.

From the time that the plan to turn Miyashita Park into Nike Park came to light in May 2008, the Coalition to Protect Miyashita Park has been tirelessly working in pursuit of a singular goal: Shibuya Ward’s abandonment of this project. A Global Day of Action was held at the park on March 31st, with solidarity actions taking place overseas in such countries as Australia, France and Thailand. Young artists and activists continue to converge at the park daily, putting on various programs such as film screenings, crafts workshops, discussions, and other events.

The Japan Times recently ran an article detailing the issue, and here is a video with background information about the project featuring the voice of Naomi Klein, author of the classic brand exposé No Logo:

* Founding Statement by the Coalition to Protect Miyashita Park

* Call for the 2008 International Day of Action

Raise your voice and let NIKE know that you don’t believe public land should be exploited by corporate entities—especially when that land was obtained through undemocratic processes, without any public hearings or input. 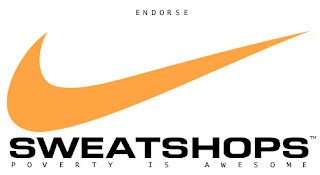