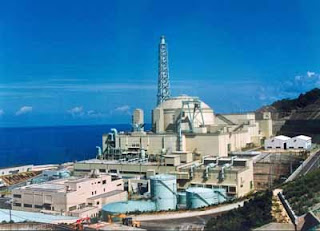 The governor of Fukui prefecture has allowed the fast experimental breeder nuclear reactor Monju to resume operation after a suspension of more than 14 years. The reactor in Tsuruga, Fukui Prefecture, in western Japan, was activated today.

Monju was shut down after a sodium leak from its coolant system caused a fire in December 1995. Authorities attempted a cover-up, but accurate information from the Citizens' Nuclear Information Center allowed Japanese citizens and the world to know what really happened.

Local residents filed a lawsuit against the government, asking for the nullification of the original permission to build the reactor at Monju. In 2003, they prevailed at the level of Kanazawa branch of the Nagoya High court (the first Japanese public victory in a lawsuit concerning a nuclear reactor). The court reasoned the safety screening of a government agency before the reactor's construction was inadequate. However, in 2005, the Japanese Supreme Court reversed this ruling. Local resident and scientific opposition have not abated.

The Citizens' Nuclear Information Center likens the re-opening of Monju to a game of chance:


From a safety perspective, if anything the danger of operating Monju is even greater than it was before the sodium accident. During the fourteen years that Monju has been sitting idle, pipes and equipment would have degraded. However, it is impossible to check for cracks and holes throughout the whole plant, especially where sodium prevents visual inspection. Furthermore, Japan Atomic Energy Agency's (JAEA) attitude has not changed. Its instinct is still to cover up problems, as evidenced by its proposal not to report false alarms of sodium leaks. The condition of the plant and the nature of the operator both suggest that more trouble lies ahead. To restart Monju now would be like playing Russian roulette.

Regarding cost, Monju is one of Japan's most wasteful projects. If the government is serious about redirecting taxpayers' money to where it is most needed, it should not wait for further troubles to arise before withdrawing support for Monju and the FBR program.

There is also the enormous problem of nuclear waste and proliferation.


Japan's fuel cycle program, of which Monju is a key part, represents a serious nuclear proliferation problem. The rationale for Japan separating plutonium from spent nuclear fuel was to supply its FBR program, but there were warnings from all around the world about the massive stockpile of surplus plutonium that Japan would accumulate in the process. (See for example an article in NIT 20, Nov./Dec. 1990 by Jinzaburo Takagi entitled "Plutonium: 50 Years on".) These warnings were proved correct. Japan now has about 47 tons of separated plutonium, nearly 10 tons of which is stockpiled in Japan. The rest is held in France and the UK. Regardless of Japan's own intentions, this plutonium stockpile sets a bad example for other would-be nuclear proliferators.

The Citizens' Nuclear Information Center continues to have the best and most comprehensive coverage of Monju, including an appeal by Japanese scientists who describe the restart reparation as "sloppy."


There are almost no examples world-wide of reactors being restarted after such a long shut down, and there are no such examples for FBRs.

Monju's operator, the JAEA, claims that preparations are complete and the Nuclear Safety Commission (NSC) has approved the restart. However, hardly any checks of coolant system piping, tests to detect non-penetrating cracks and holes in the steam generator heat transfer tubes, or studies of the integrity of fuel assemblies in the reactor core have been undertaken, so there is no knowing what defects might be lurking.

In the course of preparations to restart Monju, it was discovered by accident, as a result of false alarms, that hundreds of contact-type sodium detectors had not been checked. Also, corrosion of the exhaust duct was left untreated. Problems such as these exposed the sloppy nature of the preparations and the restart date was extended on four occasions. There is no guarantee that other important checks have not been missed. Nor do we believe that organizational issues related to problem response, such as frequent late reporting, have been rectified. Many experienced people have left, giving rise to human resource problems. Under these circumstances it is dangerous to restart Monju. We believe there is a big risk of another accident.

It was resumed after a shutdown of 14 years and 5 months, following last month's approval by the Fukui governor.

A fast-breeder reactor generates electricity by burning plutonium extracted from spent nuclear fuel, while turning unburned uranium in the reactor core into plutonium.

Ironically, the creators named this now decrepit and always problematic reactor after the Buddhist bodhisattva of wisdom.

This Sept. 24, 2009 post is about Takagi Jinzaburo, the founder of the Citzen's Nuclear Information Center.

(Update:Monju was closed three months after opening, after a 3.3-ton fuel relay device fell into the pressure vessel when a loose clutch gave way).

--Jean Downey
Posted by TenThousandThings at 12:59 AM
Email ThisBlogThis!Share to TwitterShare to FacebookShare to Pinterest
Labels: Japan, Monju, Nuclear-Free